Skip to main content
Articles in this section
See more

Capella's Sentinel-1 based Change Monitoring uses a pixel-based change detection method to identify change over time. The result is referred to as a Change Map. Using multiple Sentinel-1 SAR image collects, change is analyzed over a time period, such as one year. The number of SAR images used to produce a change map will vary between AOIs. This is due to Sentinel-1 orbital patterns and revisit frequency.

Change Monitoring uses two different SAR polarities to produce two separate change maps. The polarities used are VV (vertical-vertical) and VH (vertical-horizontal). The VV polarity tends to be more sensitive to vertical changes such as buildings, vehicles, and tree clearing where the VH polarity tends to be more sensitive for surface changes such as plowing and paving. Note, however, these are general characterizations as each of these change products tend to register change at the same areas with slightly different results. 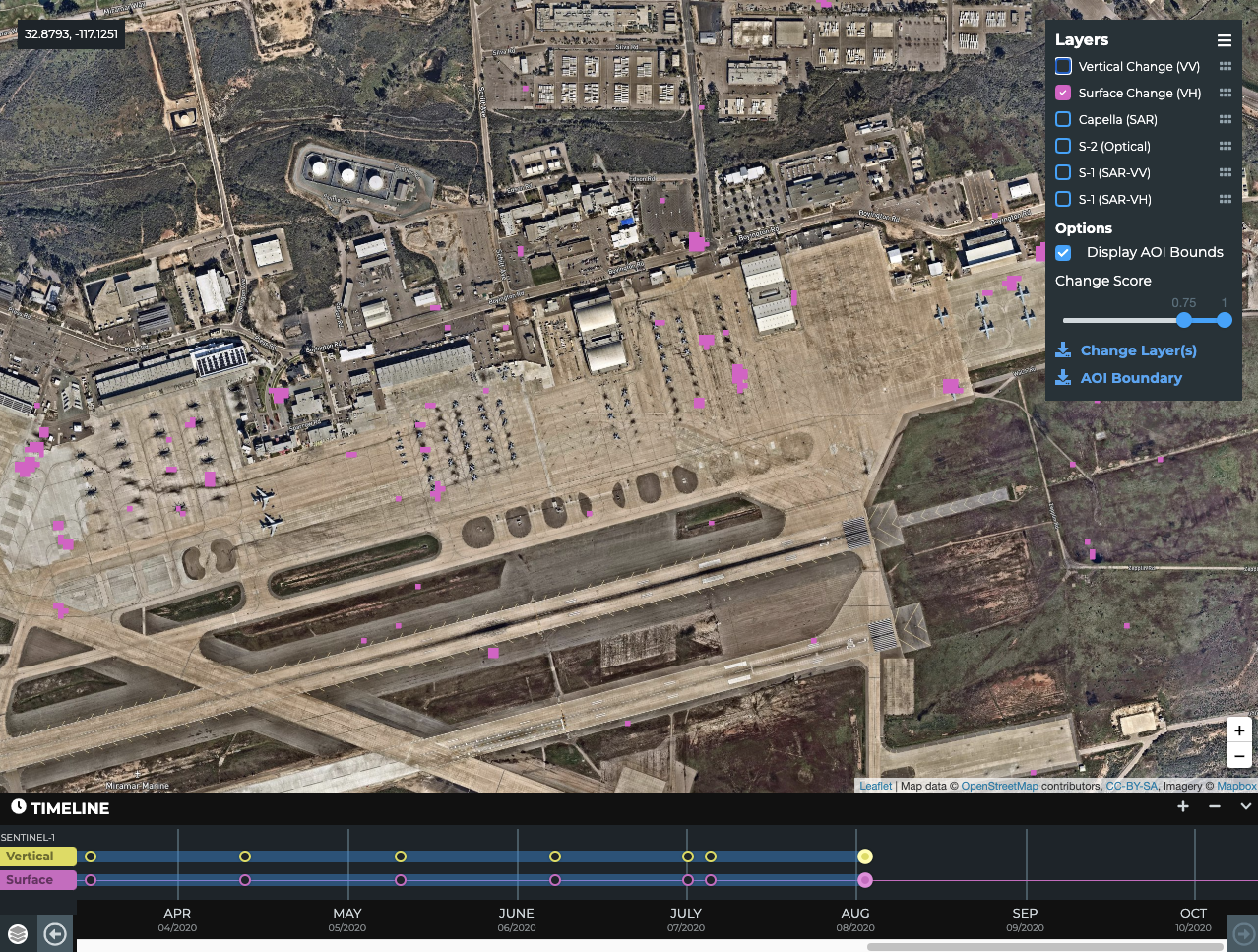